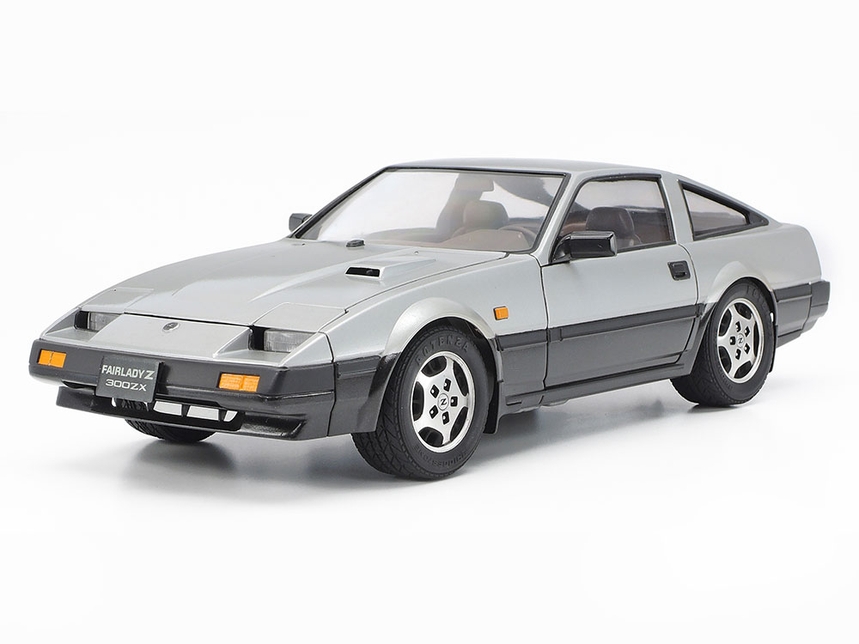 This model kit re-release recreates the 1980?s Nissan Fairlady Z. The Fairlady Z had already sold in excess of a million units between its debut in 1969 and 1983, winning popularity on a big scale. In September of 1983, motor enthusiasts were treated to the release of the third generation of the car; while it stayed with the successful long nose, short deck design concept, it was highly advanced aerodynamically, with minimal drag, and adorned with semi-integrated pop-up headlights. All grades of the car employed a V6 turbo engine, that of the top 300ZX model being the 2,960cc VG30ET, whose 230hp was top of the pile among Japanese sports cars. It sported front MacPherson strut and rear semi-trailing suspension setups, plus 3-way adjustable shock absorbers, and four brake discs - ventilated at the front, and solid at the rear.? 1/24 scale plastic model assembly kit. Length: 180mm, width: 81mm, height: 51mm.? Wheels are paired with solid synthetic rubber tires which have realistic tread patterns.? Features realistic renderings of pop-up headlights, side mirrors and plush interior.? Front/rear suspension and transmission are realistically depicted with ergonomic parts breakdown.? The 3-liter V6 turbo engine can be seen by detaching the engine hood even after assembly.? The unique-shaped headlights can be set in either an up or down position.? Metal plated parts are used to depict wheels and light cases.