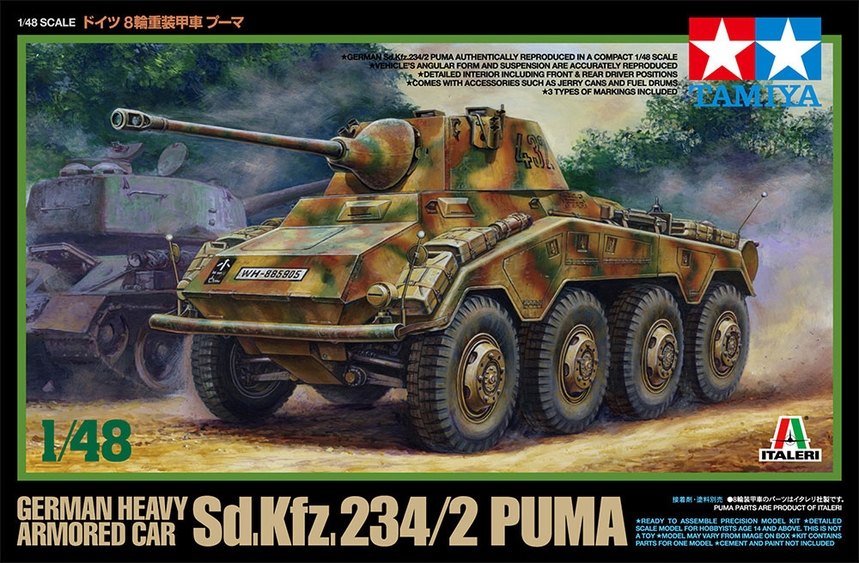 
German Heavy Armor Car Tamiya
Armed with a long-barreled 5cm gun turret, the German Army's 8-wheeled Puma could be considered the most powerful armored car produced in WWII. Its design was distinguished by its sloped armor, independent leaf spring suspension, and 8-wheel drive with 8-wheel steering system. Powered by a Czech-made 210hp air-cooled engine, it was capable of a maximum road speed of 80km/h and its front/rear driver positions enabled quick withdrawals from battle. 101 examples were built from late-1943 to September 1944 and they were used in the force reconnaissance role on all fronts.
? 1/48 scale assembly kit of the Sd.Kfz 234/2.? Suspension with complex structure is concisely depicted.? Includes a variety of accessories such as jerry cans, canvas rolls, drum cans, etc.? Comes with 3 types of marking options which depict the Wehrmacht at the end of WWII.? Parts for vehicle model are made by Italeri.