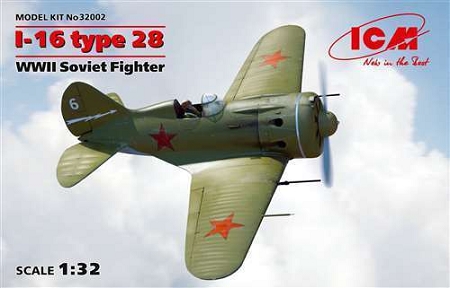 
One of the first monoplane fighter aircraft with retractable landing gear was the I-16, developed in the N.N. Polikarpov design bureau.
The maiden flight was on December 30, 1934.
"Type 28" modification with M-63 engine, two ShVAK cannons and reinforced chassis was in production from 1939 to 1940.
In the summer of 1941 I-16 fighters were the basis of Soviet fighter aviation.  They participated in air battles in all sectors of the Soviet-German Front.  I-16 fighters were used in combat until mid 1943.
Model Specs: