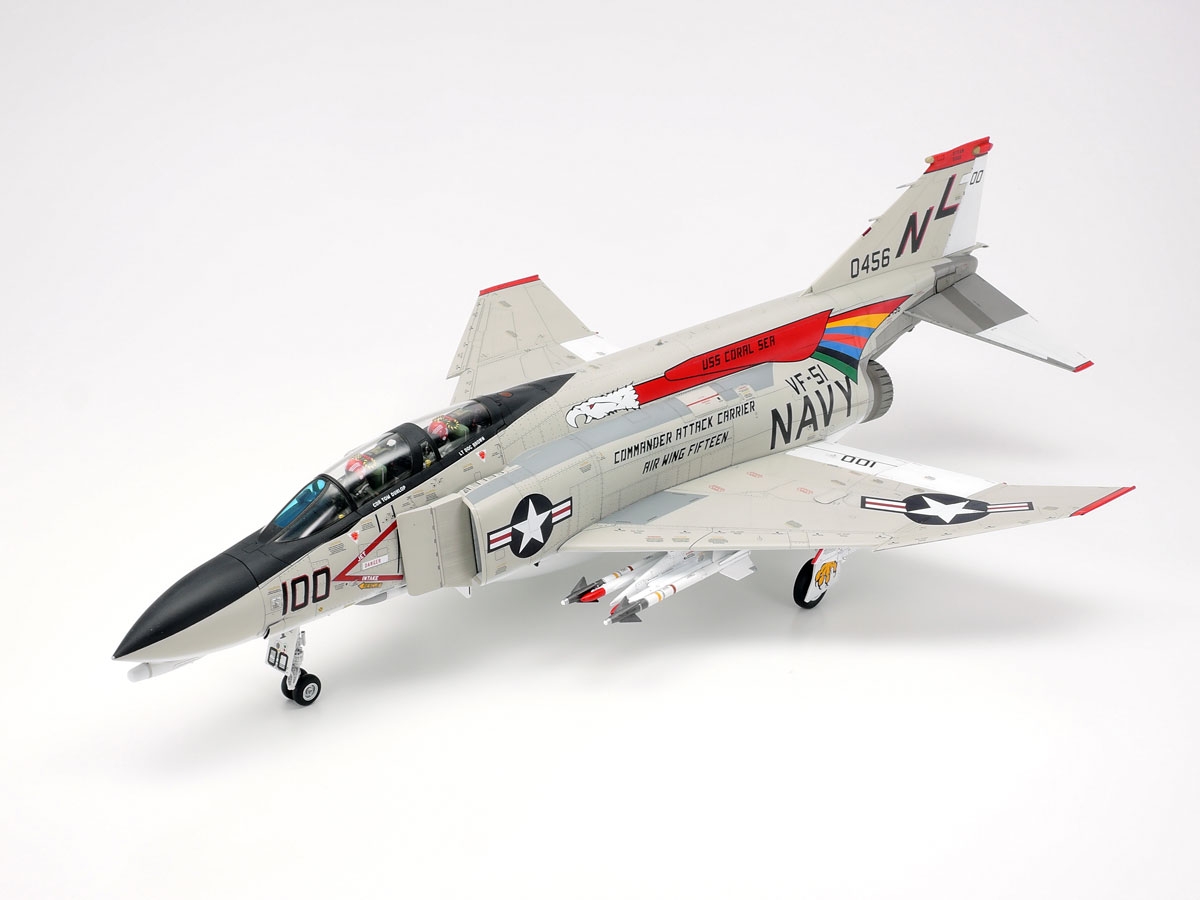 For age 14 and older
Cement and paint not included

This ALL-NEW 1/48 scale model aircraft series kit recreates the Phantom II, which depicts the F-4B variant. The Phantom II first entered service in 1961, and offered excellent adaptability to a range of purposes. F-4Bs were the first Phantom II aircraft to see active service; powered by twin jet engines, they could carry significant ordnance and were used by the Air Force, Navy and Marine Corps through the Vietnam War, and into the 1970s and 1980s before they were phased out in favor of later designs and left U.S. service in 1996.