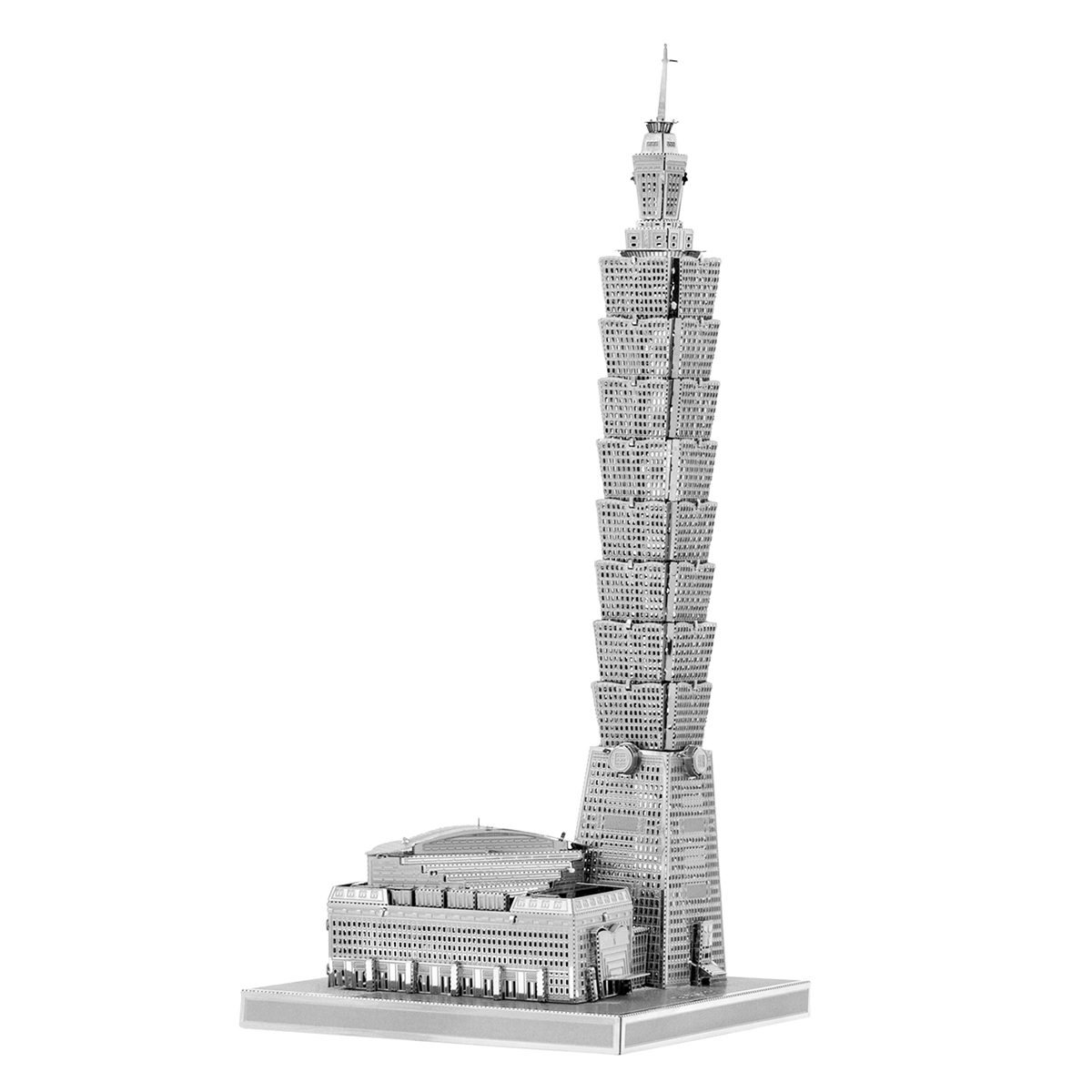 
New Frontier Hobbies
20% rebate at check-out
Like origami, only with metal instead of paper
3D Laser Cut Models
Taipei formerly known as the Taipei World Financial Center, is a landmark skyscraper located in Xinyi District, Taipei, Taiwan. The building ranked officially as the world's tallest from 2004 until the opening of the Burj Khalifa in Dubai in 2010. In July 2011, the building was awarded LEED Platinum certification, the highest award in the Leadership in Energy and Environmental Design (LEED) rating system and became the tallest and largest green building in the world. Taipei 101 was designed by C.Y. Lee & partners and constructed primarily by KTRT Joint Venture. The construction was finished in 2004. The tower has served as an icon of modern Taiwan ever since its opening. Fireworks launched from Taipei 101 feature prominently in international New Year's Eve broadcasts and the structure appears frequently in travel literature and international media.
Item#:ICX007
Number of sheets:2 Sheets
Difficulty:Challenging
Assembled Size:3.15"L x 2.56"W x 6.3"H(8 x 6.5 x 16 cm)